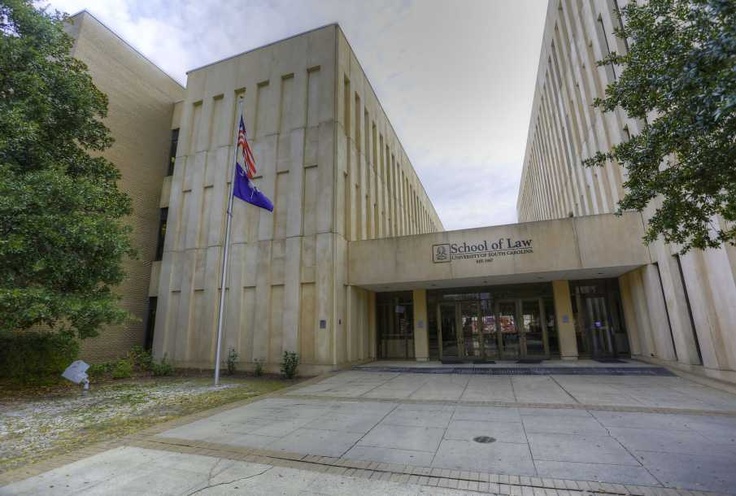 The School of Law offers a full-time day Juris Doctor program. To earn the J.D., students must successfully complete 90 hours of course work over six semesters, including at least four semesters of study in residence at the School of Law.

Program At a Glance

About University of South Carolina School of Law

The School of Law offers a full-time day Juris Doctor program. To earn the J.D., students must successfully complete 90 hours of course work over six semesters, including at least four semesters of study in residence at the School of Law.

Conveniently located on the campus of the state’s flagship university, the University of South Carolina School of Law is in the state capital, which also doubles as the state’s largest city. With many of the state’s courts in such close proximity of school grounds, opportunities for finding internships and making pertinent connections are right outside students’ doors.On the internal side, law students at the University of South Carolina have the option of participating in a variety of extracurricular activities and joint-degree programs to help them succeed. The Pro Bono program is celebrated as well as the five clinics cover­ing nonprofit organizations, criminal practice, consumer bankruptcy, child protection advocacy, and federal litigation. “This university places a special emphasis on develop­ing students into professionals that will promote society and the common good, regard­less of the chosen field. Pro Bono efforts are praised and encouraged,” says a 1L.Law students that have an interest in working in the realm of family court, juvenile cases, or child welfare have an opportunity to gain experience by representing litigants in family court with the school’s Children’s law externships. Partnerships with schools and firms in London make it possible for students interested in foreign practice to work or study abroad for three weeks.However, the most popular amenity at USC is the school’s faculty, according to gush­ing students. “The school's administration is top notch, and ready to serve the student body. They are accessible, informed, and frank with their advice. The faculty treats you like the adult that you are and expect a lot out of you in return.” The students aren’t the only ones that think so either, “The school administration and professors are well respected in the legal community,” one reveals.“The school administration is on the up-and-up. The new Dean is doing an excellent job fixing any problems that may have existed with the school in the past. There is a real new energy in the building. This is reflected in a new curriculum and the addition of new externships and clinical courses, and the continued expansion of offerings for upper-level courses that cover both substantive law, theory of laws, and practical skills,” says an excited 3L.The support, coupled with the top-notch resources, makes USC a fertile ground for producing lawyers ready to become contenders in the law arena upon graduation. The law library is among the largest in the southeast. “The librarians are super helpful and great resources.” “The University of South Carolina School of Law gives students chal­lenging and rigorous curriculum lead by phenomenal faculty for a reasonable price,” says a 3L.Alumni ties to USC are strong in South Carolina so if you plan to practice at any firm, large or small, in this state, this is the school for you. That being said, it’s important to note that the curriculum and programs are geared toward working locally. If your goal is to practice out of state you may be at a disadvantage. “Someone once told me that if you want to practice law in South Carolina, you better have a darn good excuse if you didn't go to USC. That is really the truth,” counsels a 3L. Jobs in the private sector make up two-thirds of the positions taken upon graduation, including a significant amount of students opting for the judicial clerkship route.

Description: A program that prepares individuals for the independent professional practice of law, for taking state and national bar examinations, and for advanced research in jurisprudence. Includes instruction in the theory and practice of the legal system, including the statutory, administrative, and judicial components of civil and criminal law.

Lawyers
Represent clients in criminal and civil litigation and other legal proceedings, draw up legal documents, or manage or advise clients on legal transactions. May specialize in a single area or may practice broadly in many areas of law.
Judicial Law Clerks
Assist judges in court or by conducting research or preparing legal documents.
Administrative Law Judges, Adjudicators, and Hearing Officers
Conduct hearings to recommend or make decisions on claims concerning government programs or other government-related matters. Determine liability, sanctions, or penalties, or recommend the acceptance or rejection of claims or settlements.
Arbitrators, Mediators, and Conciliators
Facilitate negotiation and conflict resolution through dialogue. Resolve conflicts outside of the court system by mutual consent of parties involved.
Judges, Magistrate Judges, and Magistrates
Arbitrate, advise, adjudicate, or administer justice in a court of law. May sentence defendant in criminal cases according to government statutes or sentencing guidelines. May determine liability of defendant in civil cases. May perform wedding ceremonies.
Law Teachers, Postsecondary
Teach courses in law. Includes both teachers primarily engaged in teaching and those who do a combination of teaching and research.

University of South Carolina School of Law's entering class of 2012 enrolled having these exam grades:

University of South Carolina School of Law's entering class of 2012 enrolled having these college GPA's:

Well known alumni of University of South Carolina School of Law include:

Questions about University of South Carolina School of Law